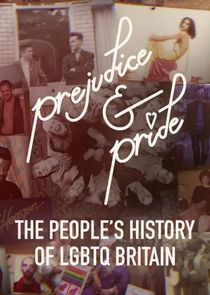 Presented by Stephen K Amos and Susan Calman, this series features LGBTQ people from across the UK as they share the objects that helped define their lives during the transformative 50 years since the 1967 Sexual Offences Act partially decriminalised homosexuality, offering lesbian, gay, bisexual, transgender and queer people the opportunity to start living openly for the first time.

This second episode looks specifically at the last 30 years, when many public figures took it upon themselves to stand up for LGBTQ rights, and features the freedom-fighting Sisters Of Perpetual Indulgence; the writer behind TV's steamiest lesbian kiss and a Muslim man who set up an LGBT support group for South East Asians.

Prejudice and Pride: The People's History Of LGBTQ Britain is produced in partnership with the Open University. The academic consultants from the OU are Professor Jacqui Gabb, Professor of Sociology & Intimacy and Professor Darren Langdridge, Professor of Psychology & Sexuality.