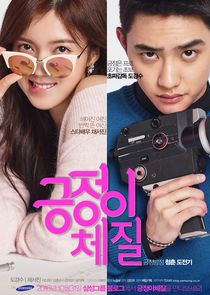 A story about Hwan Dong, majoring in film and is preparing for his graduation project as a movie director. His script wins a grand prize, but he faces difficulty after difficulty while trying to finalize the film. He asks his ex-girlfriend Hye Jung to play the main role in his production, who is understandably surprised at his bold request.