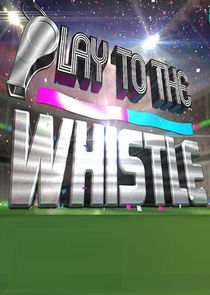 Play to the Whistle is a British comedy panel game show that airs on ITV with the first episode broadcast on 11 April 2015.

In each episode two teams of three compete in sports knowledge rounds and physical games to achieve points for their teams, at the end the team with the most points is declared the winner.

The show is hosted by Holly Willoughby. One team is captained by entertainer, actor and presenter Bradley Walsh and the other team is captained by professional footballer Frank Lampard. Lampard is joined by comedian Romesh Ranganathan as a regular panellist.Seann Walsh, also a comedian, is the resident scorer and former professional footballerJimmy Bullard is the host's assistant.

On Frank's team this week will be Queen of the Jungle Scarlett Moffatt and Frank's regular wingman comedian Romesh Ranganathan and joining Bradley will be comedian Rob Beckett and golfer Andrew Johnston.

Comedian Seann Walsh is back to help Holly maintain order and to keep score as both teams simply…Play To The Whistle.