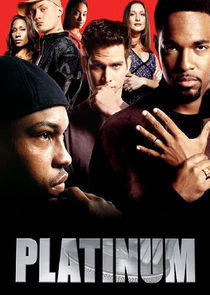 Two brothers try to handle all the problems of running a hip-hop/rap record label in New York. Brothers and record industry moguls Jackson and Grady Rhames are the archetype of rags-to-riches success after building their company, Platinum Records, from the ground up. Clawing their way up from the streets, the brothers have created a successful record company in the high-stakes hip-hop music business. Though they are deeply trusting of and dependent upon one another, the brothers approach business in starkly contrasting fashions. Set in New York City against the backdrop of the glamorous hip-hop lifestyle, the series portrays a cutthroat and sometimes dangerous business notorious for its flashy stars with money to burn and ruthless record executives who stop at nothing to make it big. Standing by the brothers' side is their childhood friend and chief counsel David Weitz, their younger sister Jade Rhames and Jackson's wife Monica Rhames.

Two brothers try to handle all the problems of running a hip-hop/rap record label in New York.