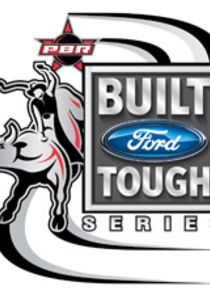 With the PBR's (Professional Bull Riders) 2016 season kicking into high gear in only one month, the PBR has released its TV schedule on CBS and CBS Sports Network for the 2016 PBR Built Ford Tough Series (BFTS) (aka PBR Bull Riding) which begins on Jan. 9-10 in Rosemont, Illinois. CBS Sports Network will provide more than 100 hours of PBR action, including 36 rounds of coverage across the 27-event BFTS schedule. CBS will televise 14 events, including all of the PBR Majors, starting with action from Madison Square Garden on Saturday, Jan. 16., and continuing with coverage of the Iron Cowboy from AT&T Stadium on Sunday, Feb. 28; the Last Cowboy Standing from the Las Vegas Village on Sunday, May 15; and Nashville's Bridgestone arena on Sunday, Aug. 21. CBS coverage also will include the popular PBR 15/15 Bucking Battles, featuring the Top 15 PBR stars in the world competing against the Top 15 bulls.

Rumble in the Rockies

From the Broadmoor World Arena in Colorado Springs, Colorado.

8x32: Rumble in the Rockies