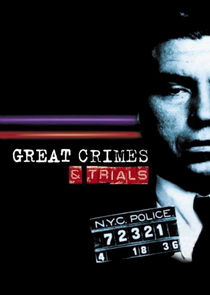 Great Crimes and Trials (sometimes titled Great Crimes and Trials of the Twentieth Century) is a documentary series narrated by Robert Powell. Featuring re-constructed and actual archive footage, the series charts the crimes of the most infamous villains ever including Dillinger, Manson, The Yorkshire Ripper, Jack the Ripper and Dr Crippen.