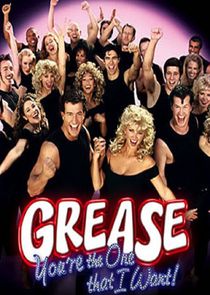 The most powerful people in musical theater are on a mission -- they have the stage, the lights, the money, the music, the cast and the costumes, but they're missing one thing -- the leads! NBC goes on a nationwide search to find the next Sandy and Danny in Grease: You're the One That I Want, a talent competition series where America ultimately gets to choose the two leads for a new Broadway production of "Grease," scheduled to open on Broadway in July 2007.