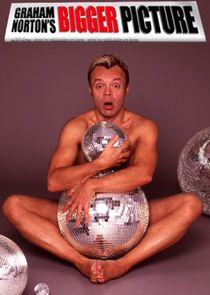 Graham Norton's Bigger Picture (previously named The Bigger Picture with Graham Norton) is a British comedy panel chat show launched on BBC One in 2005, in which presenter Graham Norton informally and satirically discusses the week's news with a panel of invited celebrity guests. The show begins with the celebrities being shown in mocked-up photographs of themselves in scenes involving other celebrities, and ends with the guests introducing other mocked up photographs that humorously explain the recent behaviour of other celebrities.