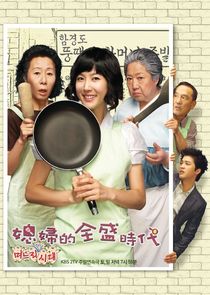 Jo Mi Jin is a new employee of an apparel company who later then becomes the daughter-in-law of a family running a pork hock restaurant with a 60 year old tradition. Lee Bok Soo, the eldest son of the family, is a planning director at the company Mi Jin works at. The drama will revolve around the life of a new generation daughter-in-law. Things get complicated when Mi Jin's older brother, In Woo, falls for Bok Soo's younger sister, Bok Nam, and they decide to get married. How will both families adjust to being in-laws with each other again?