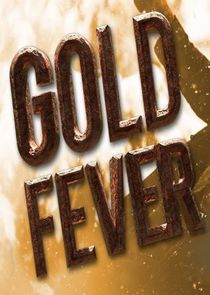 Gold Fever follows the Boston Company, a real-life group of 40 men who, like tens of thousands of others, made the grueling journey out west with dreams of striking it rich. Viewers will get a first-hand look through historians, experts, visual effects and dramatic scenes about how the men of the Boston Company pursued their opportunity for a new life while trying to survive from January 1848 to October 1850. After traveling to California, the men soon discovered the gold rush wasn't exactly what they expected. Violence, greed and chaos took over as tens of thousands of miners battled each other over the same small fortune of buried treasure. As the men fought and died for gold, they had no idea that the fortune they'd uncover--worth an estimated 25 billion dollars--would transform the country forever, laying the foundation of the American Dream and making possible the creation of an American empire.

History documentary about the discovery of gold in the west. The hardships and hardwork which was put into building San Franscisco.

Battle for the Gold

1x4: Battle for the Gold