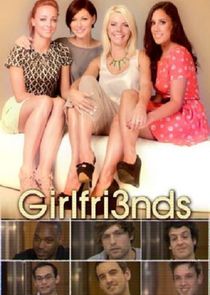 Three single women (the 'girlfriends') each try to find the ideal man, with 100 single men to choose from. The girlfriends share a large house for the duration of the series. The first part of the series is an audition format where the 100 men introduce themselves in turn to the three women in the house. The girlfriends decide between them whether either (or two, or all) of them would like to see the man again. They each choose a total of six men they would like to see again.

The second part of the series sees the girlfriends go on dates with the men. The dates become longer, allowing the women the opportunity to decide who they want to visit for a 24 hour date in the man's home town and, finally, whether they want to invite any of the final dates back to their hometown to meet their parents.

A British version of the American dating show 3 (2012), in which 3 women audition 100 men in a mansion in order to find their dream date.