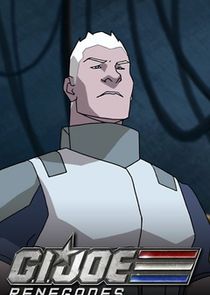 In G.I. Joe: Renegades, a group of fugitive renegades fight to clear their names against the evil mega power Cobra Industries. Soldiers ... heroes ... outlaws. On the run after being accused of crimes they didn't commit, six young G.I.s battle to clear their names -- and expose the real bad guys, COBRA Industries. The world thinks this giant corporation is the good guys, but it's really run by evil people who want to rule the planet. It's up to these renegade Joes to stop COBRA and save the world -- and themselves.

This animated series shows the Joes on the run from the Government, trying to clear their names and stop their evil nemesis, Cobra.