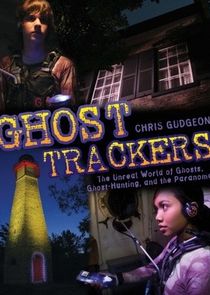 Joe MacLeod hosts Ghost Trackers, a children's reality show currently shown on Discovery Kids Canada, YTV & HBO Family. Contestants search for ghosts and strange phenomena in supposedly haunted places and get points for their good tracking. In the end only one tracker will become the ultimate Ghost Tracker. Macleod, says he may have been a bit of a skeptic at one time, but now he believes in the supernatural. "None of the trackers know the sites we send them into," he says. "There have been many instances where the kids explain seeing something that has been seen before by a number of witnesses. It happens a lot."

Ghost Trackers is a live-action reality show where kids compete to become the ultimate ghost master by investigating paranormal activity in a variety of haunted venues. Contestants are judged by a group of their peers on their skill, teamwork and competence.

Could you last in a haunted house all by yourself, looking for ghosts? 12 kids compete through a series of investigations using paranormal research equipment to track ghosts in real haunted...