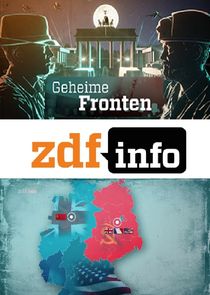 During the Cold War, the superpowers mobilized thousands of spies and spotters to lift the enemy's secrets. The three-part program Geheime Fronten takes a close look at this era of rising tensions between East and West.

At the end of the 80s, the Soviet army is being universally modernized, observed closely by western military intelligence in East Germany.

Weapons-scouts in the field are constantly on duty, as are agents in high command or in intelligence service stations, for instance in the autumn of 1983, as NATO is practicing new procedures of nuclear release. Moscow is concerned the exercise could be the beginning of a nuclear first strike. It takes a double agent to clear up this dangerous misunderstanding.