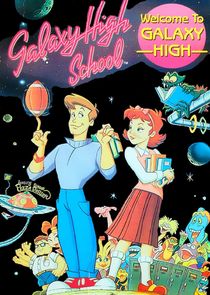 Galaxy High School is an American science fiction animated series that premiered on September 13, 1986 on CBS and ran for 13 episodes until December 6, 1986. The series was created by movie director Chris Columbus and featured music and a theme song composed by Eagles member Don Felder. Despite its short run, the show has since become a cult favorite.

A short-lived cartoon dealing with Doyle and Aimee, two Earthling students, who are chosen to attend a high school in outer space (Aimee for being the #1 student, Doyle for being a failure)...

It Came from Earth

1x5: Those Eyes, Those Lips