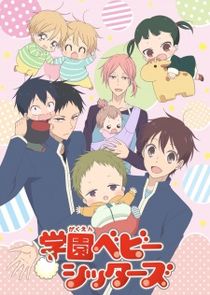 An anime adaptation from the manga Gakuen Babysitters. The story centers on the brothers Ryuuichi and Kotarou Kashima. Ryuuichi is in high school and Kotarou is a toddler. After their parents are killed in a plane crash, the two brothers find themselves living with the chairwoman of the Morinomiya Academy, who herself lost her son and daughter-in-law in the same accident. The chairwoman, however, has one stipulation for the brothers in order to live with her: Ryuuichi has to work at the academy's daycare center as a babysitter.