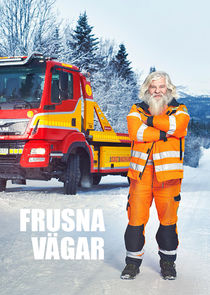 Join a sparkling Sweden far up in the north where snow and ice are everyday for both bearers and snowmen, but not as comfortable for big city residents on a temporary visit. In Frozen roads, we go out on the roads along with the heroes who turn the northern borders into dangerous areas, despite Kung Boro's hard resistance. When the wind suddenly sweeps into the sparkling fields in snowy wrecking, the roads shine glashala and the drifting snow forms piles, then they have never longed so much for the heroes of the winter roads.