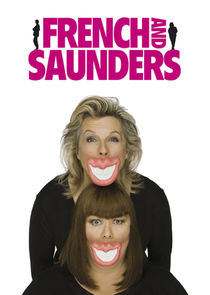 French and Saunders is a British sketch comedy television series written by and starring comic duo Dawn French and Jennifer Saunders that ran from 9 March 1987 – 24 December 2007.

Widely popular in the late 1980s and the early 1990s, the show was given one of the highest budgets in BBC history to create detailed spoofs and satires of popular culture, movies, celebrities and art.

This BBC comedy skit show is the brainchild of longtime comedy duo Dawn French and Jennifer Saunders. Each episode would feature satire on British life, television, and parodies on big box ...

French and Saunders: I Can't Believe It's Music (2)