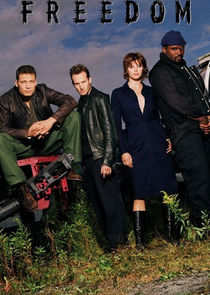 War breaks out in the Middle East and the President of the United States is killed by a plane flown into the White House. In the chaotic aftermath, martial law is declared and the Constitution is suspended. But four soldiers do not go along with the military takeover, and along with other members of the resistance movement they work to restore freedom to the people.