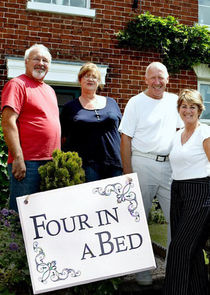 Four in a Bed is a British reality television game show that has been airing on Channel 4 since 22 November 2010. The show involves four B&B owners, who take turns to stay with one another - and pay what they consider fair for their stay. The winner is the establishment named best value for money.