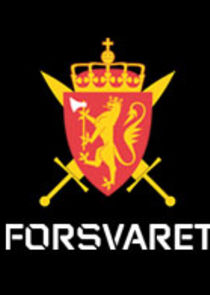 In this series Armed Forces "Forsvaret" MAX be fly on the barracks walls across the country when young men and women conducting conscription in different weapons branches. - For defense, it is important with openness. This series takes the audience into the everyday lives of our conscripts and shows how a year in the military may be recognized, says the Chief of Defence spokesman, Brigadier Dag Aamoth. The series will not only portray graduated soldiers, but capture the entire formative years in military service on camera. That means viewers also get to take part in the doubt, fear, fumbling, camaraderie, trials, disappointments and triumphs of the young hopefuls going through. Rank Powered years of the king's clothes defense is a character-driven series ten parts including follows the legendary fighter training. The instructors at the Air Force Flying School are open and honest about the extreme intensity and selection process that aspiring pilots must go through, both physically and mentally. The series also provides insights into how recruits are trained to defend Norway's interests on water, on land, abroad and online. - Virtually everyone in Norway has a relationship, and an opinion on, defense and conscription. I think this is a program that will answer many questions and demystify the military. Defense has really opened up and exposed initial service, Programme Director for MAX and secondary canals of Discovery Networks, Vegard Nøss. Previously MAX portrayed Telemark Battalion and paratrooper training in documentary program Insider. The episode about paratroops holding a ratings record on the channel for programs that are not sports.