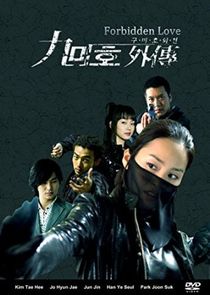 This drama series was produced with a hope of bringing the young generation back to television as it successfully combines the elements of action horror with those of a tragic melodrama. "Forbidden Love" depicts a fight between two different species: humans who at times act inhumanely, and non-human creatures who can be more compassionate than human beings.

This drama is based on a legend about a fox with nine tails that loves humans but is eventually betrayed by them. While presenting the modern version of a tragic love between a human and a fox with nine tails – two species that can never coexist, this drama also tackles such contentious issues as the moral aspect of genetic manipulation, social and economical costs associated with a longer lifespan, and human cloning.