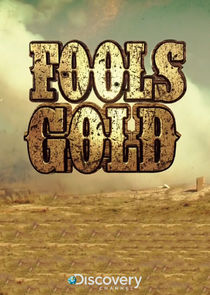 A ragtag crew looks to strike it rich in the gold-laden hills of Northern Ontario. The only problem? They don't know what they're doing!

It's the final push for gold – will the Fool's hit their 100oz target – or has it all been for naught? Things get tense when a mystery investor comes out to the property – could Todd be ready to sell the mine? The entire Shotgun crew is worried about what the future holds for them because as Todd has told them all along – if they don't meet their target, they won't be coming back next year, and if he sells the property then it's the end of Straw Lake as they know it. Can the Shotgun crew get the gold and ride off into the sunset? Or, will everything they've worked towards over the past two years end up in some investor's pockets while Todd retires to a luxury condo in Winnipeg? Everything is revealed in this final episode of the season...of FOOL'S GOLD!

2x11: What to Expect When You're Prospecting

2x6: The Gold and the Beautiful