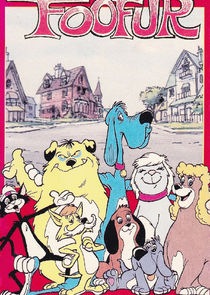 In the town of Willowby, a tall skinny blue dog named Foofur has inherited his late master's wealthy estate. Foofur and his niece, Rocki, spring some animals from the Bowser Busters' van whom Foofur befriends. Foofur and his friends have an enemy in a woman named Mrs. Amelia Escrow and her pet Chihuahua named Pepe. As executor of the will that placed Foofur in charge of the estate, Mrs. Escrow has tried many times to sell the estate. But her plots have always been thwarted by Foofur and his friends as they also protect their home from rats, cats and greedy humans that have always been thwarted by Foofur right under her nose.

Foofur and his friends rival with a woman named Mrs. Amelia Escrow and her pet Chihuahua named Pepe. Foofur with his gang occupies a mansion, in 32 Maple Street, which is also his ...