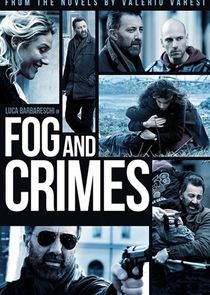 The River Po dominates the region of Ferrara with its seasons, its power and its mystery. It nourishes the close-knit fishing communities who live on its banks, and it also hides their secrets. Secrets that are sometimes uncovered by people like police inspector Franco Soneri. Almost as inscrutable as the river itself, he stands brooding at crime scenes chomping on a cigar, trying to see what others are missing. In the ensuing investigations, he and his team often stumble upon old wounds left over from World War II, when differing political alliances turned neighbors into enemies. Passion for his job makes him Ferrara's best investigator but takes a toll on his relationship with the beautiful Ukrainian lawyer, Angela Cornelio. Filmed on location in the atmospheric countryside of northern Italy, these mysteries are inspired by the best-selling crime novels by Valerio Varesi.