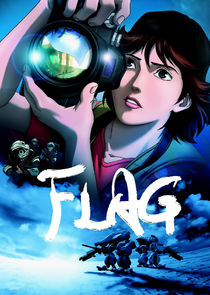 In 20xx, a civil war broke out in a small country in Asia is getting hard in spite of dispatch of UN forces. But a picture taken by accident in the battle field accelerates the peace process. It is a picture of a flag. Although they are enemies, they cooperate together to fly it in a sanctuary, and the flag becomes the symbol of the peace. However, just before the peace agreement is achieved, the flag is robbed by an armed extremist group in order to obstruct the truce. UN decides to send SDC (Special Development Command) and a cameraman to record their activities. The cameraman is Shirasu Saeko. She is the cameraman who took the picture of the flag. At first they think the mission is easy because they wear latest armed suits, HAVWC (High Agility Versatile Weapon Carrier), but they get in trouble by unexpected attacks.

1x11: Reunion Through the Viewfinder

1x6: Light in the Darkness