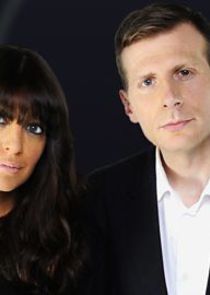 The programme features a review of David Fincher's highly anticipated adaptation of bestselling Swedish novel The Girl with the Dragon Tattoo.

Claudia and Danny also cast a critical eye over Sherlock Holmes: A Game of Shadows and Mission Impossible - Ghost Protocol, the fourth film in the Mission Impossible franchise. Plus, a look ahead to some of the films due to be released in early 2012.