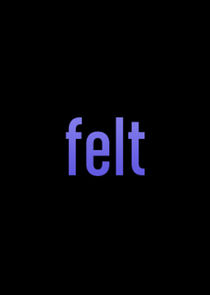 Logo takes you behind closed doors of real therapy sessions where all is revealed except the identities of the participants. When actual clients have their own voices and issues put into the mouths of puppets, the results are both hilarious and heartfelt. Produced from real and intensely private recorded sex therapy and couples therapy sessions, this unexpected series follows several puppet couples, both gay and straight, exploring their most personal issues. From discussions on the therapist's couch to intimacy exercises in the bedroom, nothing is off limits as our fuzzy friends work on their relationship challenges. Hilarious, audacious, and just-the-right-kind-of-wacky, these puppets convey the most vulnerable of emotions better than any human could. It's a show so captivating, with emotions so real, they can only be Felt. And it's a series that's so unusual it could only be on Logo.