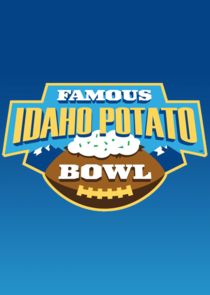 The Famous Idaho Potato Bowl is a college football bowl game that will be played on December 22, 2015 at Albertsons Stadium on the campus of Boise State University in Boise, Idaho. It is one of the 2015–16 bowl games that conclude the 2015 FBS football season. The nineteenth annual Famous Idaho Potato Bowl pits theAkron Zips of the Mid-American Conference against the Utah State Aggies of the Mountain West Conference. The game will start at 1:30 p.m. MST and will air on ESPN. The game is sponsored by the Idaho Potato Commission. The 2015 game will feature the Akron Zips (7-5) against the Utah State Aggies (6-6). It will be the first overall meeting between the two schools.

The 2016 Famous Idaho Potato Bowl is being broadcast live tonight from Albertsons Stadium in Boise, Idaho. The Colorado State Rams (7-5) are playing the Idaho Vandals (8-4).