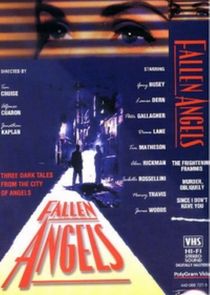 Fallen Angels is an American neo-noir anthology television series that ran in 1993 and 1995 on Showtime, and was produced by Propaganda Films. No first-run episodes were shown in 1994.