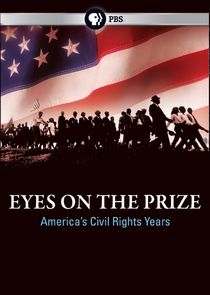 Eyes on the Prize is an award-winning 14-hour television series produced by Blackside and narrated by Julian Bond. Through contemporary interviews and historical footage, the series covers all of the major events of the civil rights movement from 1954-1985. Series topics range from the Montgomery bus boycott in 1954 to the Voting Rights Act in 1965; from community power in schools to "Black Power" in the streets; from early acts of individual courage through to the flowering of a mass movement and its eventual split into factions. When Eyes on the Prize premiered in 1987, The Los Angeles Times called it "an exhaustive documentary that shouldn't be missed." The series went on to win six Emmys and numerous other awards, including an Academy Award nomination, the George Foster Peabody Award, and the top duPont-Columbia award for excellence in broadcast journalism.

A documentary about the American Civil Rights Movement from 1952 to 1965.