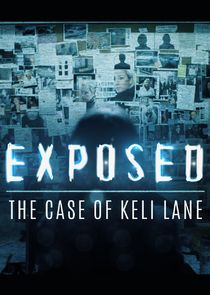 A missing baby. Her mother behind bars.

In this ground-breaking three-part television event, EXPOSED: The Case of Keli Lane, Award-winning journalist Caro Meldrum-Hanna investigates one of Australia's most notorious crimes: the disappearance of two-day old Tegan Lane and the conviction of her mother Keli Lane of her murder.

Will Keli finally break her silence? What happened to baby Tegan?

In December 2010 Keli Lane was found guilty of murdering her newborn daughter Tegan. During the entirely circumstantial case, the prosecution argued Keli killed Tegan because having a child would interfere with her goal to play water polo for Australia at the 2000 Olympic Games.

Over the years Keli has steadfastly maintained her innocence, sticking to her story that after concealing her pregnancy from everybody, she had given Tegan to the baby's father -- a man named Andrew Norris, who has never been found.

Now, 22 years after Tegan vanished, Keli has asked Caro to investigate her story.

Assisted by investigative journalist Elise Worthington, Caro sets out to shed new light on the mystery of Tegan's disappearance. What dark secrets is Keli keeping? Is Tegan dead - or could she be alive? Was Keli's trial a miscarriage of justice?

Caro and Elise revisit key people in Keli's life and track down new witnesses, revealing information and material that has never been found. As the journalists piece together the puzzle of Keli Lane's life, a different picture of her begins to emerge.

As the series hurtles towards its suspenseful conclusion, Caro becomes a character in her own search for the truth.