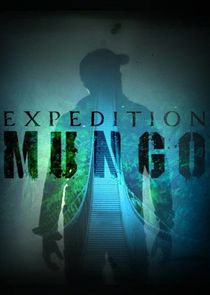 His job as an in-demand TV cameraman has taken Paul "Mungo" Mungeam to more than 90 countries, where he's captured the world's wild and wonderful -- and sometimes hostile -- environments. Along the way, he's also heard age-old creepy tales of mythical creatures as told by local residents. In Expedition Mungo he searches for the truth as Mungo turns the tables -- or would that be cameras? -- to become the focused subject of this adventure series. He leads a team of fellow adrenaline-seekers to remote, undiscovered corners of the world. At each stop, Mungo meets with eyewitnesses, searching for clues and evidence in the hope of capturing these myths and legends on camera.

A merciless predator known as the Genali that prowls the waterways of Borneo, hunting and killing children, could actually be a reticulated python, a crocodile, or even a deadly dragon.