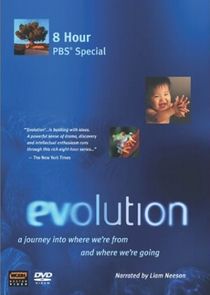 Evolution determines who lives, who dies, and who passes traits on to the next generation. The process plays a critical role in our daily lives, yet it is one of the most overlooked -- and misunderstood -- concepts ever described. The Evolution project's eight-hour television miniseries travels the world to examine evolutionary science and the profound effect it has had on society and culture. From the genius and torment of Charles Darwin to the scientific revolution that spawned the tree of life, from the power of sex to drive evolutionary change to the importance of mass extinctions in the birth of new species, the Evolution series brings this fascinating process to life. The series also explores the emergence of consciousness, the origin and success of humans, and the perceived conflict between science and religion in understanding life on Earth.