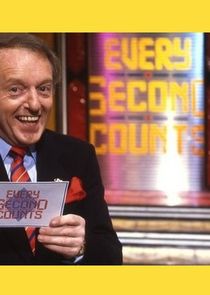 Every Second Counts was a British game show based on the American game show of the same name. It aired on BBC1 between 8 February 1986 and 29 October 1993 and was hosted by Paul Daniels.

Gameplay was almost identical as the American version. Each week, three married couples competed against each other to win seconds of time. In each half of the game, one member of each couple sat in the "driver's seat" and answered questions (which were all statements, each with two possible answers). Each correct answer earned seconds, while an incorrect answer eliminated that player from the round. Correct answers in the first half won two seconds, and correct answers in the second half earned four seconds. Players had a choice of two categories of questions for each round.