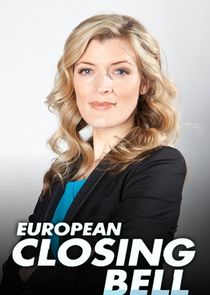 European Closing Bell was a television program aired on business news channel CNBC Europe from 5 pm to 6 pm CET (4 pm to 5 pm WET), and from 11 am to 12 pm on CNBC World in the United States. The program was presented from London by Louisa Bojesen. The show covered the last half hour of trades in the European equity markets, and reported on the day's final numbers and top stories as the markets close at 5:30 pm CET. As the major European markets are electronic, no actual "closing bell" was rung - nonetheless there was a countdown on the CNBC Europe strap and video wall until the close of trade. Other regular segments included a daily "Guest Investor" and a technical analysis slot.

Prior to 26 March 2007, the programme ran for two hours until 7pm CET. The second hour of the programme was of a slower pace, offering a more in-depth look at financial and political events. During major European trade fairs and political events such as EU summits and elections, European Closing Bell was often anchored live from these events. Many of these features were incorporated into the extended Europe Tonight after its relaunch on the same date. Prior to June 2003, European Closing Bell was known as European Market Wrap. The theme music for the programme is the same as that used by the US version of Closing Bell.

Final episode of the series