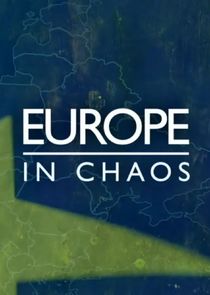 Europe in Chaos reveals the fierce arguments and personality clashes among Europe's leaders as they struggled over the past decade to find common ground amid intense political pressure, overwhelming waves of refugees and a referendum in Britain that shocked the world.

Migrant Crisis goes behind the scenes to show how European leaders desperately struggled to address one of the century's greatest humanitarian crises: the influx of hundreds of thousands of refugees arriving on Europe's borders in 2015 from Syria and North Africa. Again the EU faced a threat that challenged a core conviction - the principle of open borders within the Union - against the intractable political problem of a flood of migrants, with no end in sight. The crisis exposes a sharp division between East and West, with German Chancellor Angela Merkel and others offering sanctuary while Eastern European countries argue fiercely to stem the tide and send migrants back.