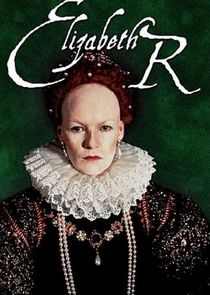 A Chronicle of England's Golden Age of the late 16th century. Academy Award winner Glenda Jackson stars in one of the most popular and acclaimed Masterpiece Theatre presentations ever created, the story of England's Queen Elizabeth I. Filled with palace intrigue, royal romance and stunning historical detail, it traces her reign from young Princess through almost 5 years of rule over England's Golden Age. Long sought by collectors, this Emmy Award winning production boasts an all-star cast, riveting performances, gripping drama, and all the pomp and pageantry befitting this legendary Queen.

When Elizabeth Tudor comes to the throne, her (male) advisers know she has to marry. Doesn't she? Thus starts a decades-long political/ matrimonial game, during an age of high passions and high achievement.

An elderly Queen Elizabeth instructs the Earl of Essex to quell the threat of an Irish uprising, but will she have to deal with a rebellion of her own?

1x5: The Enterprise of England


Glenda Jackson as Queen Elizabeth I