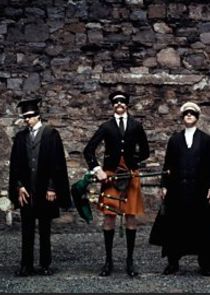 Documentary series covering the 1916 Easter Rising, which changed the course of Irish history.

Patrick Pearse was an intelligent and industrious man. He won a scholarship to the Royal University, where he studied law. In 1915 he was made a member of the IRB Military Council, which was planning the rising.

During Easter week, Pearse served at the rebellion headquarters, the General Post Office in Dublin. He offered encouragement, addressing the men to sustain morale and also the public, most famously by reading the Proclamation on Easter Monday. Pearse was court-martialled on 2 May. He was sentenced to death and buried at Arbour Hill Barracks alongside Thomas Clarke.

This programme follows Pearse in the 1916 Easter Rising.