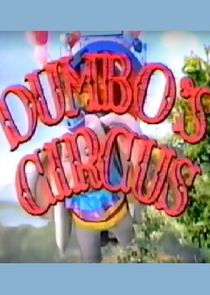 Dumbo's Circus is a live action/puppet television series that aired on The Disney Channel beginning on May 6, 1985, and featured the character of Dumbo from the original film.

In the show, Dumbo has grown up, is able to speak, and has struck out on his own to begin his own circus. He and a cast of characters fly from town to town, in a wagon pulled through the air by Dumbo, performing their "greatest little show on earth". Other than Dumbo, none of the characters from the original film appeared in the show. Each character would perform a particular talent, which ranged from dancing and singing to telling knock knock jokes.

Patricia Parris as Lilli the Cat

Will Ryan as Barnaby Bowser the Goofy Dog