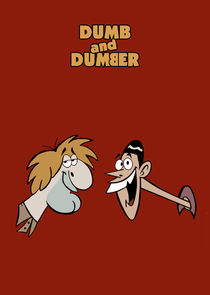 The cartoon revolves around the continued misadventures of Lloyd and Harry after reacquiring their dogshaped van now named "Otto". It also features a new character, Kitty, a female pet purple beaver who appears to be smarter than both men. It is the final Hanna-Barbera-produced show to premiere on ABC (as well as the final Hanna-Barbera-produced show to air on broadcast network television) and one of the last Saturday morning cartoons on the network not associated with The Walt Disney Company.

The continuing nutty adventures of Lloyd and Harry and their pet beaver, as they drive around the country in their Dogmobile.