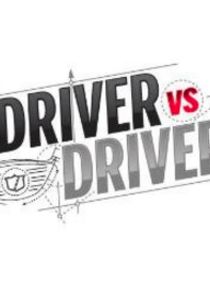 Golf Channel announced the 11 finalists who will present their innovative driver concepts and ideas with the hopes of ultimately becoming Wilson Golf's newest driver for 2017 on a new, first-of-its-kind television series, Driver vs. Driver presented by Wilson. The series premieres Tuesday, Oct. 4 at 10 p.m. ET. Driver vs. Driver will follow the trials and tribulations of aspiring golf equipment designers as they compete for the chance to win $500,000, and the opportunity to have their driver design sold at retail under the Wilson Staff name. The finalists, selected through an open call application process, will present to a panel of celebrity judges - former Chicago Bears linebacker and avid golfer Brian Urlacher, former USGA Technical Director Frank Thomas and President of Wilson Golf Tim Clarke - during the series' first two episodes. Two-time PGA TOUR winner and Wilson Advisory Staff member Kevin Streelman joins the series as a judge beginning with the third episode. Following the presentations, the judges will debate on which finalists' concepts will advance in the competition. The seven-episode series will then take viewers behind the scenes as the advancing teams work with Wilson LABS - the innovation hub at Wilson - engineers to evaluate, critique, refine and test their concepts, all while the panel of expert judges evaluates the best concept that will help golfers perform off the tee.

Wilson's Driver vs. Driver is a reality TV show on the Golf Channel about 11 team finalists in an elimination competition, with the goal to design and manufacture a new and innovative ...