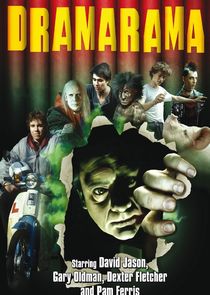 Dramarama was a British children's anthology series broadcast on ITV between 12 September 1983 – 21 August 1989.

Providing a showcase for some of Britain s most accomplished screenwriters, Dramarama was an acclaimed series which became a staple part of children s television viewing and is still widely remembered today.

Spooky aired shortly before the main series was broadcast, exploring the supernatural vein that would appear throughout Dramarama's run.

The screenplays venture into the dark corners of the imagination to create some of the most spine-tingling scenes ever seen on children's television!

A series of plays for children which featured the supernatural frequently and science fiction occasionally.