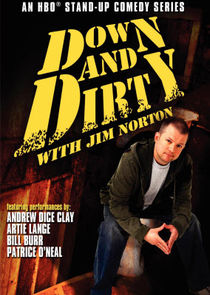 HBO premieres a four-part showcase for some of the comedy-club circuits most outrageous R-rated comics, hosted by the foremost practitioner of "cringe comedy" and co-star of the HBO series Lucky Louie Jim Norton. Each half-hour edition features an opening routine from Norton, who then introduces 2-3 comics per show, with each show ending with a top club headliner like Artie Lange, Andrew "Dice" Clay, Bill Burr and Patrice Oneal. The series deejay is Lemmy, beloved by fans of heavy metal as the hard-partying singer/bassist for Mot÷rhead.