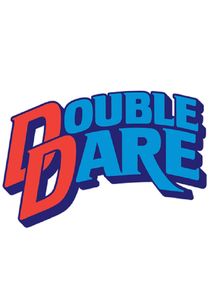 Double Dare is a children's game show, originally hosted by Marc Summers, that aired on Nickelodeon. Two teams compete to win cash and prizes by answering trivia questions and completing messy stunts known as "physical challenges". Each team consisted of two children. Originally, both teams wore red uniforms, but after Double Dare entered syndication in 1988, one team wore blue uniforms while the other wore red (Finders Keepers, a Nickelodeon game show that premiered one year after Double Dare, played a role in this change). Each team received their own name (except for on the original Fox version of Family Double Dare, in which the teams were simply designated by the families' respective last names). Even though this was the case, the host usually called both teams "The Red Team" and "The Blue Team".