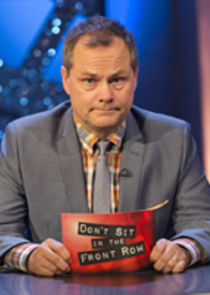 New comedy entertainment show in which Jack Dee and a group of comedians explore the lives of the studio audience. In each episode, three comedians probe the lives of five members of the audience for potential comedy material. The more comedy material the Front Rowers provide the stand-ups, the longer they'll last. As the panellists get to know more about the contestants, they will then have to decide who to eliminate at the end of each round. The last Front Rower standing will be crowned with the ultimate prize of a 'Golden Chair Award'.