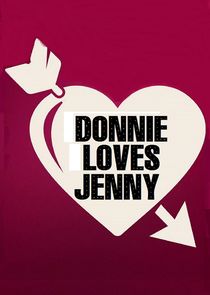 A&E Network has entered into an unscripted development and production deal with Donnie Wahlberg and Jenny McCarthy, it was announced today by David McKillop, General Manager and Executive Vice President of A&E. The first project in the overall development and production deal is "Donnie Loves Jenny", an original unscripted docuseries following the newlyweds who will also serve as executive producers. The 10-episode series will mark the launch of Walhberg and McCarthy's joint production entity, D&J Productions. The series will be produced by "Wahlburgers" production company 44 Blue Productions in association with D&J Productions. "Donnie Loves Jenny" will follow Wahlberg and McCarthy from their recent wedding through their lives as newlyweds. Production begins immediately on the 10-episode series, which will consist of a one-hour wedding episode followed by nine half-hour episodes.

Follow Donnie Wahlberg and Jenny McCarthy as they settle into married life, together.

Jennie ends up being reminded that she is getting older with Halloween, and her 42nd birthday just around the corner. Donnie attempts to take Jennie's mind of growing older.