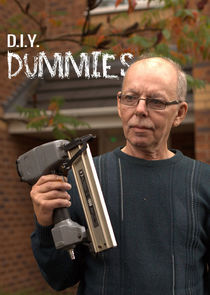 Comedian Al Murray celebrates Britain's biggest DIY disasters in a four-part entertainment series that names and shames the perpetrators of some of the most heinous crimes the do-it-yourself world has ever seen. Each instalment features a themed collection of DIY debacles from wallpapering to roofing, telling terrible stories from British homes. The tales feature some tremendously good sports and their misguided masterpieces, as well as their long-suffering partners! The coveted Glass Hammer award awaits each DIY dummy we meet.