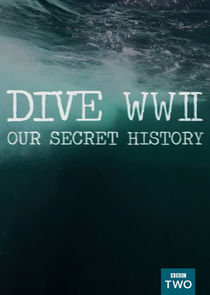 A deepwater dive team search the seabed off the coast of Northern Ireland for the forgotten shipwrecks of WW2's Battle of the Atlantic. Jules Hudson helps identify the wrecks, and reveals how the city was critical to Allied victory. Maritime historian and underwater explorer, Ian Lawler, leads a team of deep water divers to the ocean floor off Northern Ireland. He and the team are searching for the forgotten shipwrecks of WW2's longest, most epic naval campaign, The Battle of the Atlantic. Presenter Jules Hudson joins Ian and two naval experts as they attempt to piece together the stories of the wrecks using the dive team's underwater footage. What they discover reveals the unique role played by the city of Londonderry in fighting the battle. And while the divers continue their mission at sea, Jules hunts on land for the final clues to the forgotten story of the battle.

Presented by Jules Hudson, the series follows underwater explorer and historian Ian Lawler who has compiled a unique map charting the locations of many of the wrecks. 4,000 ships were sunk ...

The deep water diving team uncover the German U-boat wrecks off the Northern Irish coastline that reveal how the Battle of the Atlantic finally swung in the Allies' favour.