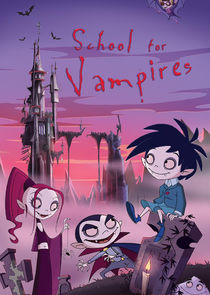 Oskar, a young vampire who's afraid of blood and has a crush on a mortal girl, causes mischief with his friends at a school for vampires run by the mysterious Count Alarich.